In Search of the Wise Fool 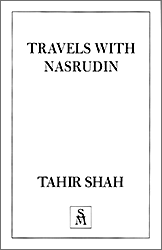 The wise fool of Oriental folklore, Nasrudin is known across a vast swathe of the globe — from Morocco in the West, to Indonesia in the East.
Appearing under different names and in all manner of guises, he’s universally admired for his back-to-front brand of genius — so much so that at least a dozen countries insist he was one of them.
In reality, he is of course found everywhere — even in regions where he has no recognized identity or name.
Tales of Nasrudin’s wise-foolery have been told in caravanserais and teahouses since ancient times, just as they are recounted in cafés, office buildings, and homes the world over today.
In the Land of Nasrudin, the wise are foolish and the foolish are wise. Leading us through a keyhole into a realm that’s back-to-front and inside-out, the stories turn what we think we know and understand on its head.
At the same time, Nasrudin tales form the cornerstone of an ancient and advanced psychology. As you laugh at the off-beat humour, the subconscious turns the puzzle-joke around, working away at it like a terrier worrying a rag doll.
Tahir Shah was first introduced to Nasrudin by his father — the writer and thinker — Idries Shah. In his childhood, and in his travels, the wise fool has provided a lens through which Tahir has perceived the world.
As he says, ‘By training my attention to the methods of the wise fool, I have found new dimensions reveal themselves to me — both in lands I thought I knew, and in fresh dominions.’
A remarkable work of exploration through human culture, and an observant self-examination, Travels With Nasrudin is unlike any other work of the travel genre published in recent times.